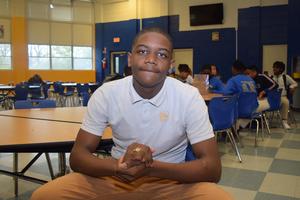 Bulldog Coach Josh West, along with Gridiron Club President Brad Dean and Treasurer Norma West, handed out shiny bags with rings and t-shirts to players. “Our program is all about using the game to teach accountability and the importance of self-discipline! Receiving these gifts from our outstanding Gridiron Club just solidified that those traits really do pay off! I want to thank the club for all they do and encourage others to get involved so we can continue to reward our students for their achievements.” West said.

"The booster club wanted to do everything we possibly could to get every kid on the team a ring," Dean said. "Winning a championship 4 years in a row doesn't happen very often. You don't want them to be defined by the rings and t-shirts they’ve received. "But at the same time, these young men want memorabilia to reflect the season they’ve had. It's something that they can have forever."